Looking for a removalist in Malvern?

Moves have removalists in all subburbs of Melbourne and we know Malvern well. 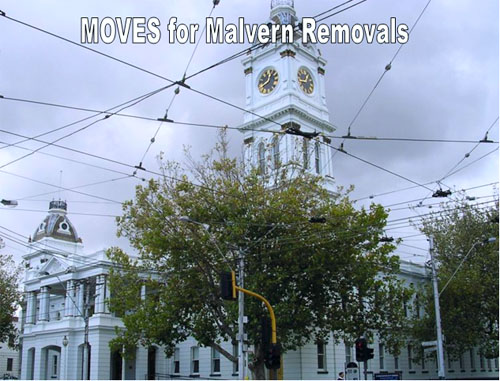 Malvern is a suburb in Melbourne, Victoria located 8km south-east from Melbourne’s central business district. The City of Stonnington is its local government area. The corporate headquarters of the city is Stonnington City Centre,formerly known as the Malvern Town Hall.

Malvern’s main attractions are Malvern Central and Glenferrie Road which are home to a wide variety of popular restaurants. In Malvern you will also find attractive Victorian parks and gardens such as the Malvern Gardens in Spring Road.Several large mansions can also be found in the area such as the Stonington mansion and the Valentine’s Mansion (now Caulfield Grammar School – Malvern Campus). Other significant landmarks include Malvern tram depot, St Joseph’s Parish Church, De La Salle College, Malvern tower building and Central Park Conservatory.