Looking for a removalist in Prahran?

Moves have removalists in all subburbs of Melbourne and we know Prahran well. 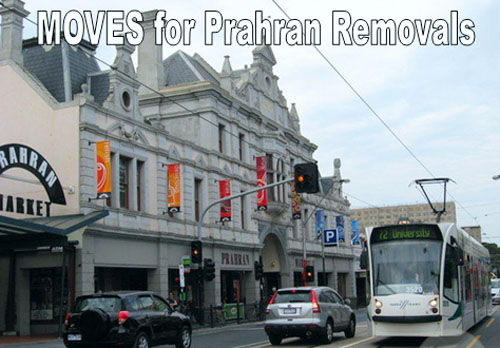 Pronounced ‘pur-ran’, this solid Melbourne inner-city suburb is just 5km south east of the CBD and a retail competitor to the more well known upscale South Yarra area. Retail ‘emporiums’ (department stores) were first established on busy Chapel Street in the late 19th Century and even today, boasts some of the best bars, restaurants, boutiques and shops the city can offer. Greville Street was once the center of Melbourne’s hippy community but today the Bohemian bent remains with the area being a large part of the homosexual scene in Melbourne.

Founded in 1837 by George Langhorne, the name Prahran comes form the local aboriginal name for the area, ‘Pur-a-ran’, meaning ‘land partially surrounded by water’. The nearby Yarra River and Albert Park Lake are the remnants of that partially surrounding water. It was the Surveyor-General Robert Hoddle who recorded it as ‘Prahran’ and that spelling has remained ever since. Locals usually abbreviate it simply to ‘Pran’.

The area has many notable buildings form the Victorian and Edwardian periods, including both large retail multi storey buildings and rows of terrace housing. In recent decades the ‘gentrification’ of the area due to the close proximity of the CBD has meant property values are climbing and interest in the area is high. On the Sandringham rail line and with several tram services connecting Prahran to the city and elsewhere, it is a very popular place for upscale Melbourne professionals to call home.

Information About Safety and Emergencies in Victoria